There are more than 35,000 species of spider all over the world. And basically they are divided in 2 types of species. These species are Primitive Spiders = vertical fang orientation and Modern Spiders = horizontal fang direction.

Smaller spiders’ average length is 4-8mm. Males are smaller than females. Unlike insects, spiders only have 2 distinct body sections, the Cephalothorax, which is the head and thorax combined; it features fangs, pedipalps, multiple legs and eye, and the abdomen which contains the spinnerets at the rear, which are sophisticated glands that spin the silken webs.

Spiders are attracted to warm, dark small spaces, like wall cracks, corners, air vents and in the washroom. However, some species prefer to stay closer to the outdoors, weaving their webs in your garden or near your outside lighting.

Spiders are consider one of the most feared and scary pest species. There are big phobias about spiders than any other pest and going by the creepy looks they possess it is understandably so. If you have an adverse reaction by a wrong spider bite, you can end up lying in the hospital

Getting rid of spiders is a common request from people, but finding aneffective method of spider control is crucial. Most spider-killing treatment are based on chemicals spry treatment.Spider sprays kill on contact and are easy to use, but leave a smell. Spray along baseboards, under furniture and in cornersare most preferred location in spider control treatment. ContactPest India Solution to get a guaranteed and effective pest control treatment for spiders. 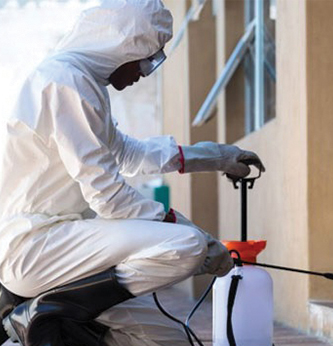 Get A Free Quote / Need a Help ? Contact Us